10 Lines on Battle Of Khanwa: The conquest of Mughal Emperors is responsible for shaping whatever India is today. They got settled in India and ruled the ground, thereby changing the course of history. The Mughals gifted India with numerous beautiful monuments like Red Fort, Qutub Minar, and Taj Mahal which have become tourist attractions today. They are the sole reason for featuring India as a secular nation. The imprint of Mughals is the source of discovery in man’s nomadic days of life, the life that was full of hardship. The long reign of Mughals lasted many centuries comprising of various kings such as Babur, Humayun, and Akbar. 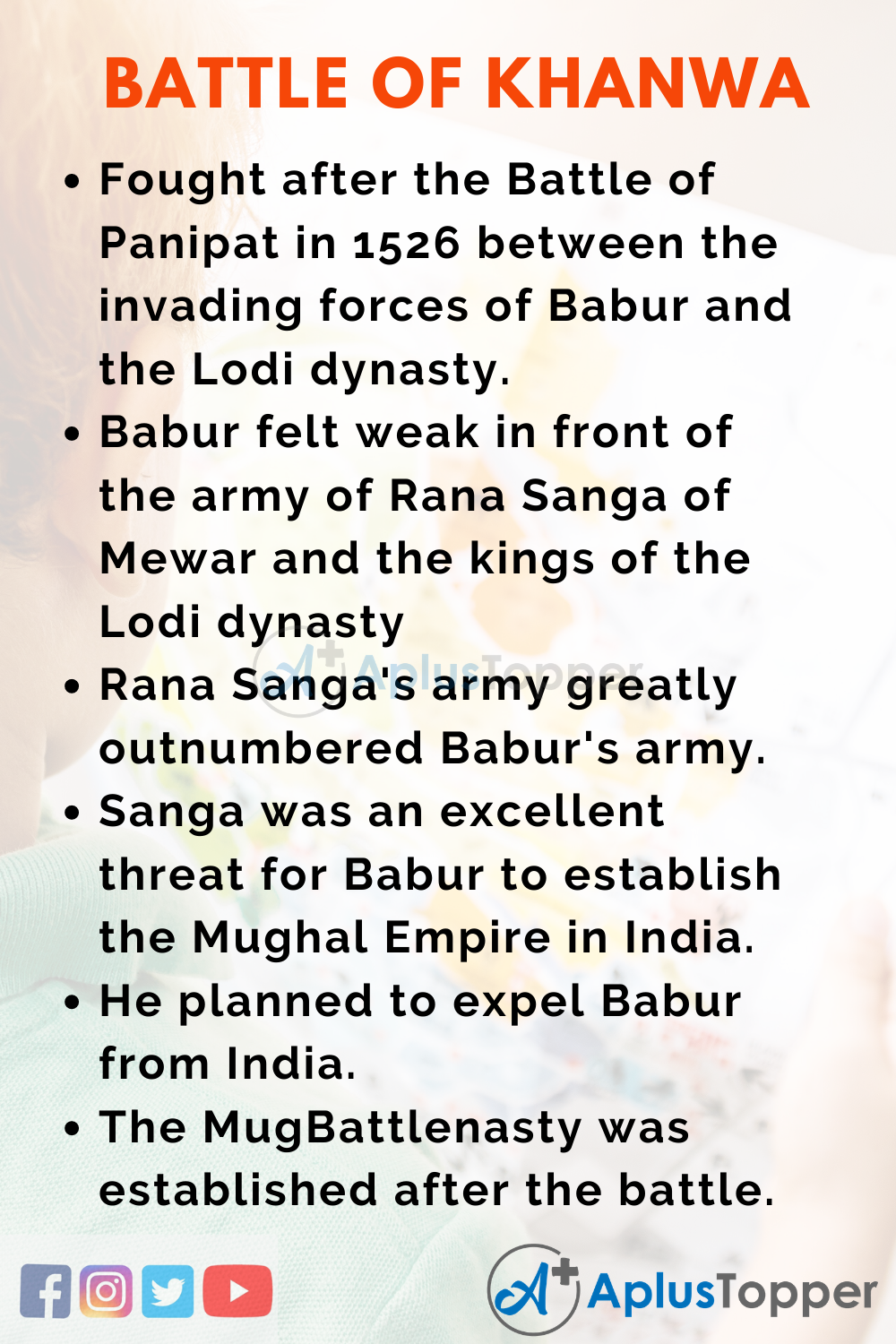 Set 2 – 10 Lines on Battle of Khanwa for School Students FAQ’s on 10 Lines on Battle of Khanwa

Question 1.
Who was Babur?

Answer:
Zahiruddin Mohammad Babur was the first Mughal Emperor in the Indian subcontinent.

Question 2.
Who was Rana Sanga?

Answer:
Maharana Sangram Singh Sisodia, popularly known as Rana Sanga, was an Indian Hindu Rajput ruler of Mewar. He was a powerful king and head of the Rajput Empire.

Question 3.
What was the Battle of Panipat?

Answer:
The Battle of Panipat in 1526 was fought before the Battle of KhanBattleween Babur and RaBattlega. This battle followed by the battle of Khanwa led to the establishment of the Mughal Empire.

Question 4.
What was the aim of Babur?

Answer:
The aim of Babur was to expand the legacy of his ancestor Timur which can be fulfilled by the extension of his reign to Punjab.