10 Lines on Army Day: The Indian Army Day is celebrated every year on the 15th of January. This day is celebrated to commemorate late Lieutenant General KM Cariappa who was the first commander in chief of Indian army in the year 1949. Army Day is celebrated all across the country to pay tribute and gratitude to our brave soldiers in the front lines for protecting us from enemies. It goes without saying that the martyred soldiers are the greatest heroes of our country and it is only fair for us to show them the dignity and respect that they deserve. 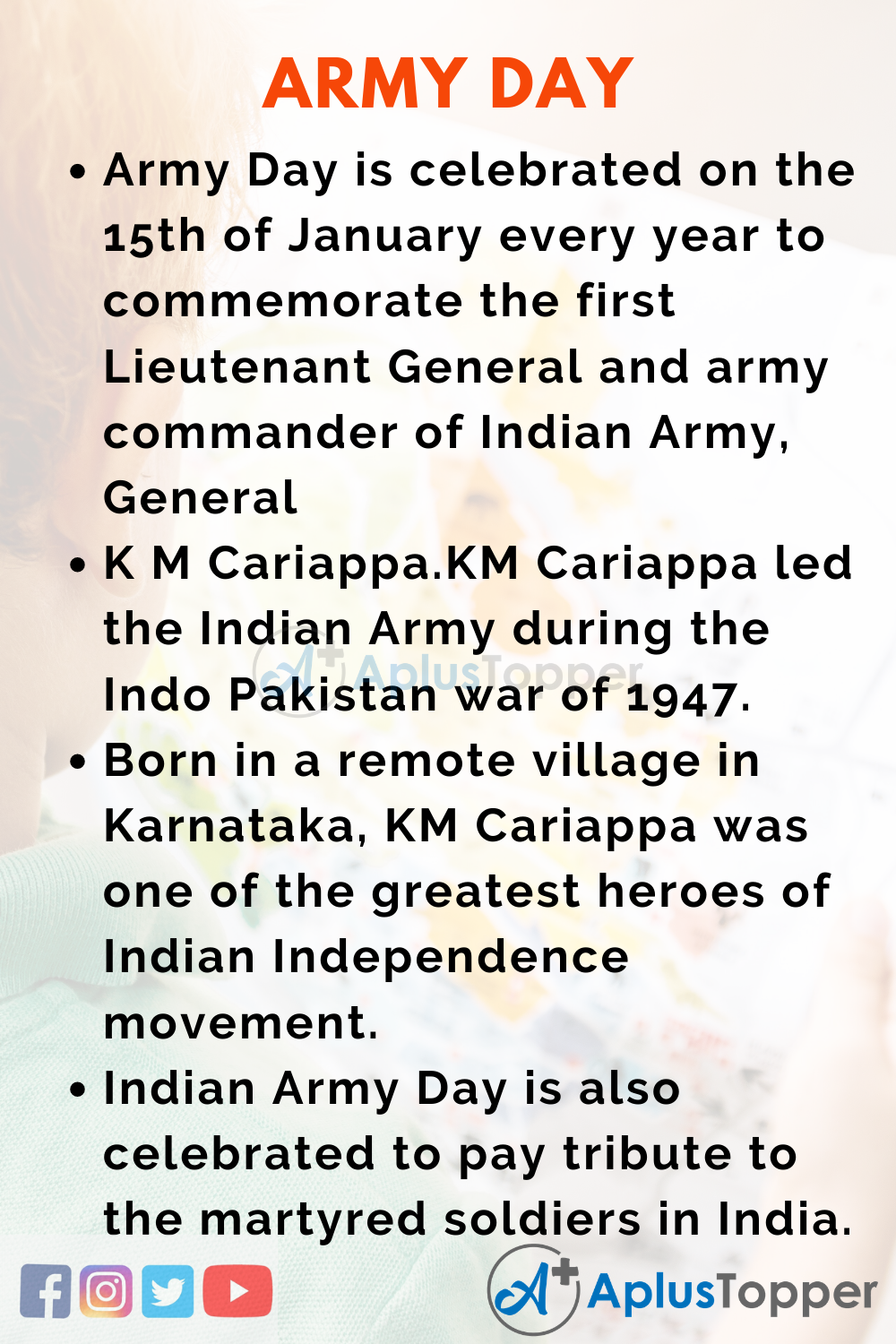 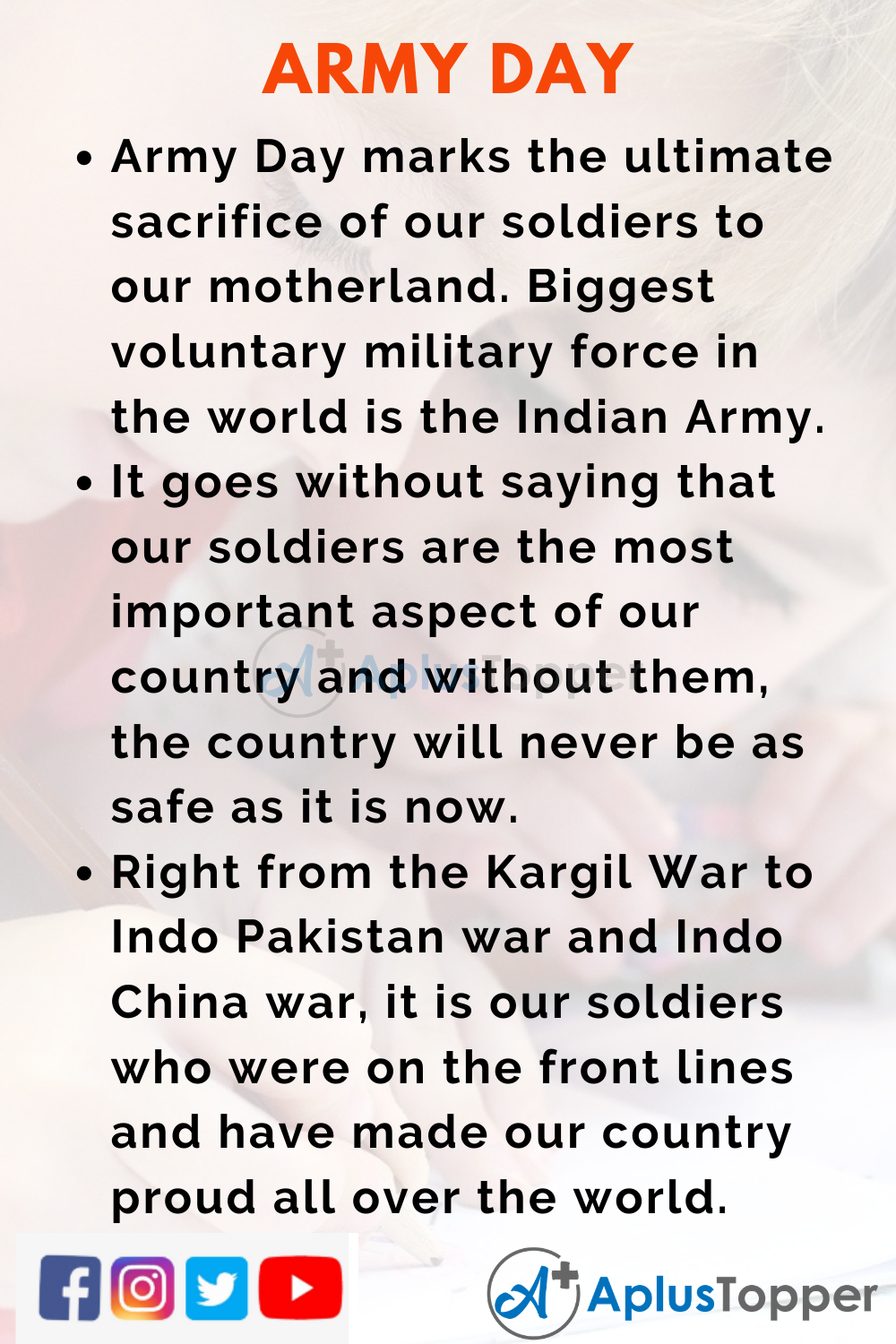 Question 1.
Who is the chief of the Indian Army?

Answer:
The current Chief of the Indian army in the year 2020 is General Manoj Mukund naravane

Question 2.
Which is the largest army in the world?

Answer:
The Chinese army is the largest active military force in the world with military personnel of 2.18 million

Question 3.
Why is the Indian Army Day celebrated?

Answer:
Indian Army Day is celebrated to commemorate the martyred soldiers over the years

Question 4.
Who is the commander in chief of Indian Army?

Answer:
The commander in chief of Indian Army is the president of India and currently, the commander-in-chief is president Ram Nath Kovind