In post-independent India, there was a need for the welfare of its defence personnel. Thus, on August 28, 1949, a committee was set up, which decided to observe a Flag Day annually. It was decided that December 7 will be considered as Armed forces Flag Day throughout the country. This initiative was undertaken by Jawaharlal Nehru, who was the then Prime Minister of the country.

On this day small flags are distributed among the citizens to collect donations for the Indian Army, The Indian Air force and The Indian Navy. 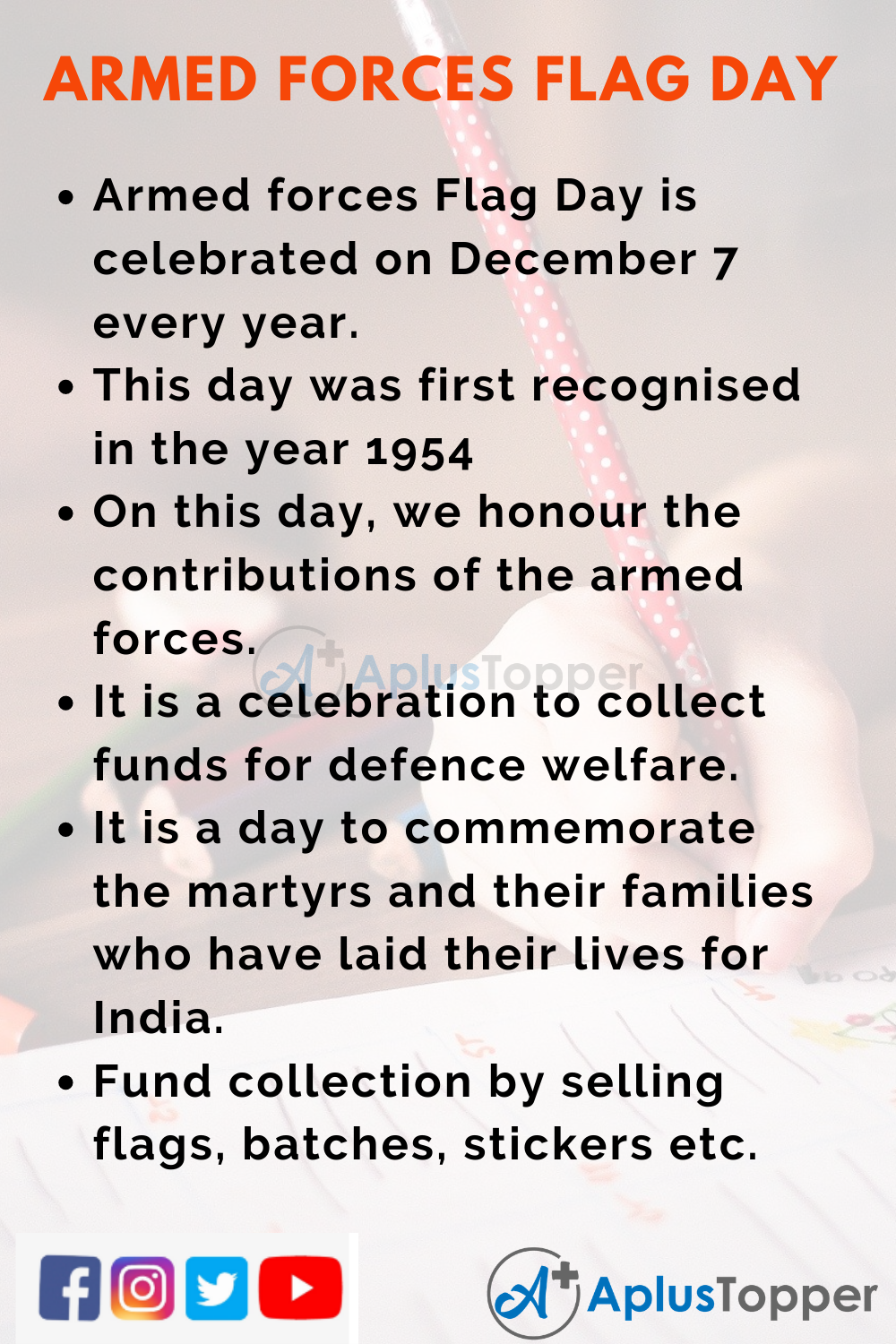 Question 1.
How can I contribute to the Arms Forces Flag Day?

Answer:
One can easily contribute to Flag Day by merely transferring money or donating through online transactions. These donations are exempted from Income Tax and let one express their gratitude towards the Indian Militia.

Question 2.
When and where was the Flag Day observed?

Answer:
On December 7 every year, Flag Day is observed in all parts of India.

Question 3.
Under whose guidance is Flag Day celebrated?

Answer:
Flag Day is a celebration under the guidance of the Ministry of Defence.

Question 4.
Why do we celebrate Armed Forces Flag Day?

Answer:
It is a yearly celebration to appreciate the efforts of the Indian Militia.