Ujjwala Yojana Essay: The Ujjwala Yojana or Pradhan Mantri Ujjwala Yojana (PMUY) is a government scheme that started in 2016 by India’s Prime Minister, Narendra Modi. The scheme idea was of the distribution of 50 million LPG connections to women below the poverty line.

World Health Organisation (WHO) estimates that about 500,000 deaths in India occur due to unclean cooking fuel every year. So to prevent such a crisis, the scheme was launched. This article will talk about the details of the scheme in brief.

We provide children and students with essay samples on a long essay of 500 words and a short essay of 150 words on the topic “Ujjwala Yojana” for reference.

Pradhan Mantri Ujjwala Yojana (PMUY) was launched by the Prime Minister of India, Narendra Modi, on 1st May 2016 in order to distribute 5 lakh LPG connections to women of Below Poverty Line (BPL) families. This scheme was proposed in order to provide BPL families with clean cooking fuel as there has been a major crisis where around 5 lakh deaths in India occurred due to unclean cooking fuel.

The scheme is a weapon for women empowerment. With this weapon LPG connections, a clean cooking fuel reduces cooking time, effort, and is healthier. PMUY also employs the rural youth in the supply chain of cooking fuel.

A budget of ₹8000 crores was allocated for the scheme. In the scheme’s first year, the LPG connections distributed were 2.2 crores against the initial target of 15 million.

As of 23rd October 2017, 3 crore LPG connections were distributed, of which 44% were given to families who belonged to scheduled castes and scheduled tribes. The number has surpassed 5.8 crores by December 2018. Around 21,000 awareness camps were held by oil marketing companies (OMC), and as compared to 2014, PMUY led to an increase in LPG consumption by 56% in 2019.

1.46 crore below poverty line families around Uttar Pradesh, 88 lakh in West Bengal, 85 lakh in Bihar, 71 lakh in Madhya Pradesh, and 63 lakh in Rajasthan have benefitted greatly from this popular scheme. However, while access to liquid petroleum gas stoves and cylinders has increased in the scheme, unfortunately, the use of LPG cylinders remains low.

The scheme ensures financial support of Rs. 1600 is provided for LPG connections for every BPL households. The government is said to bear the administrative cost of this support. This subsidy is kept aside for the cylinder’s security fee, pressure regulator, booklet, safety hose, and other charges.

This scheme’s major objectives are to empower women and protect their health from minimizing health crises sprouting from using unclean fossil fuel while cooking.

There are certain criteria under which one will benefit from the PMUY scheme, such as– The applicant is to be a woman aged above 18 years and an Indian citizen. She should also belong to a BPL family, and nobody from the household should have an LPG connection. The individual’s name should also be on the SECC-2011 list.

Apart from the above eligibility criteria, the applicant should also submit a set of documents indicating her BPL status, identity, etc. The PMUY scheme is implemented by the Ministry of Petroleum and Natural Gas and has successfully established around 95.1 lakh LPG connections across 11 states in India.

The Indian Finance Minister, Nirmala Sitharaman, announced on the 26th March 2020 that they would provide free cylinders to the BPL families for the upcoming three months under the scheme. This decision was an initiative towards the loss, which was caused by the Covid-19 pandemic. 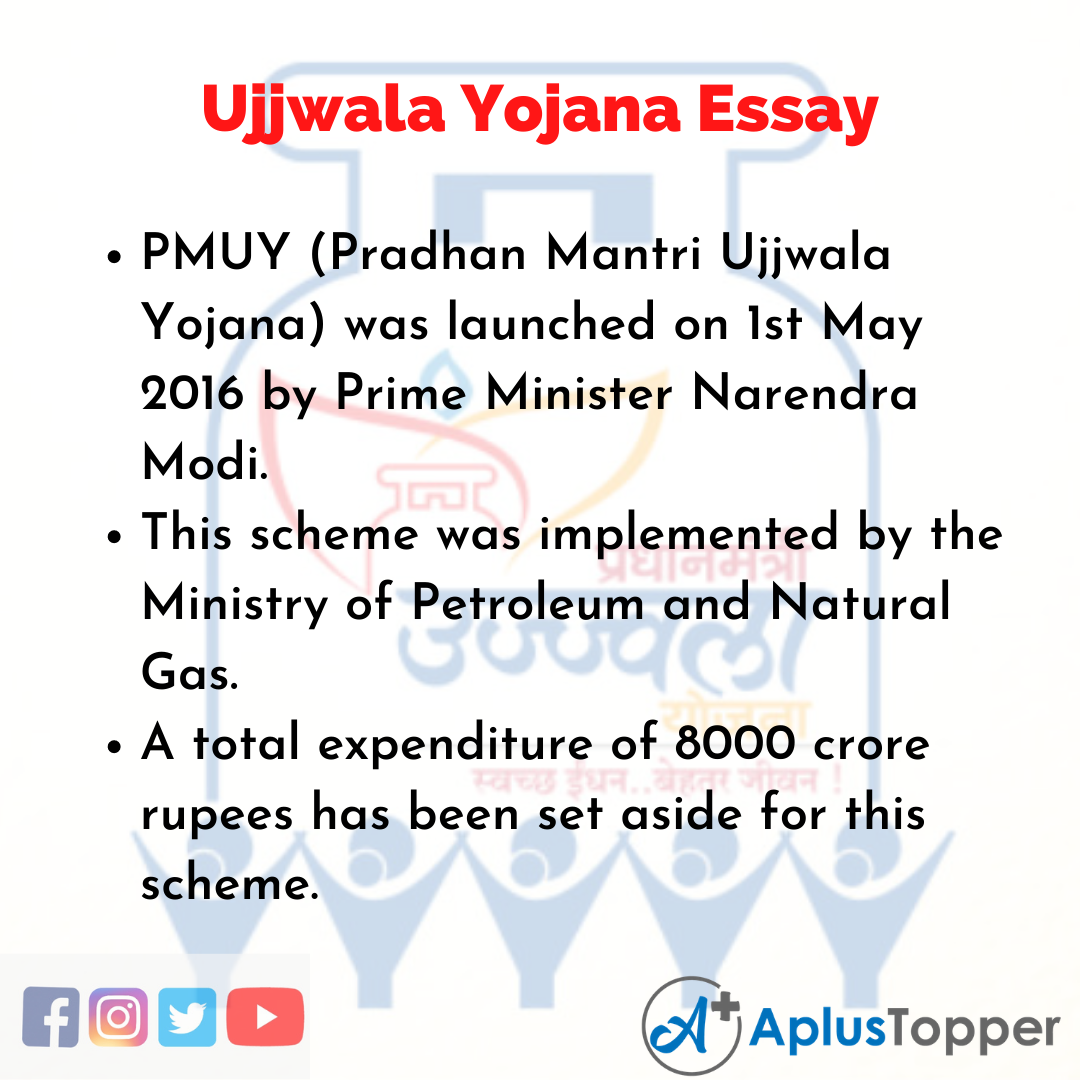 In India, many have limited access to clean cooking fuel (LPG). And there are some serious health hazards linked with cooking based on fossil fuels. World Health Organization estimates, about 5 lakh deaths in India alone are due to unclean cooking fuels.

Thus to overcome this crisis, the Prime Minister of India launched the Pradhan Mantri Ujjwala Yojana scheme on 1st May 2016 to help BPL families across the country access LPG connections. The scheme is executed by the Ministry of Petroleum and Natural Gas.

Under the expanded scheme, the major eligibility criteria are that the candidate must be an adult woman belonging to a BPL family, not having an LPG connection in the household.

This scheme seeks to empower women and protect their health. To sum up, PMUY is an extremely important scheme to assist India’s unemployed or self-employed citizens. To support the backward class, PMUY was started. Ujjwala Yojana will not only reduce pollution but also improve the quality of life of the poor.

10 Lines on Ujjwala Yojana in English Question 1.
Who and when was the Pradhan Mantri Ujjawla Yojana(PMUY) announced?

Question 2.
Who are ujjawala beneficiaries?

Answer:
Under the scheme, an adult woman belonging to a low-income family not having LPG connection in her household is an eligible beneficiary under the expanded scheme.

Question 3.
What are the benefits of PMUY?

Question 4.
What type of fuel will this scheme help replacing?