Essay On Kailash Satyarthi: Kailash Satyarthi is a modern day Christ in the lives of poor children. People bestow mercy on poor children by offering money, some by employing them, some by giving food. Kailash Satyarthi changed the very label tag of kids from being uneducated poor kids to lawyers/ professionals in the mainstream. He has not only changed the lives but has also saved the childhood of the underprivileged kids. Satyarthi has campaigned for 34 years to end child labour. He is the first Indian citizen since Amartya Sen in 1998 to win the esteemed Nobel. With the dedicated efforts of his association Bachpan Bachao Andolan, he has rescued the lives of more than 80,000 children from virtual slavery.

Below we have given a long essay on Kailash Satyarthi of 500 words is helpful for classes 7, 8, 9 and 10 and Competitive Exam Aspirants. This long essay on the topic is suitable for students of class 7 to class 10, and also for competitive exam aspirants.

Born on 11 January 1954 in Madhya Pradesh, Satyarthi is a renowned leader in the global movement against child labour. He is associated with large number of international organisations located in 140 countries. Additionally, he has successfully headed a countrywide movement to make education a Constitutional Provision which subsequently paved way for the Right of children for free and compulsory education in 2009 in India. 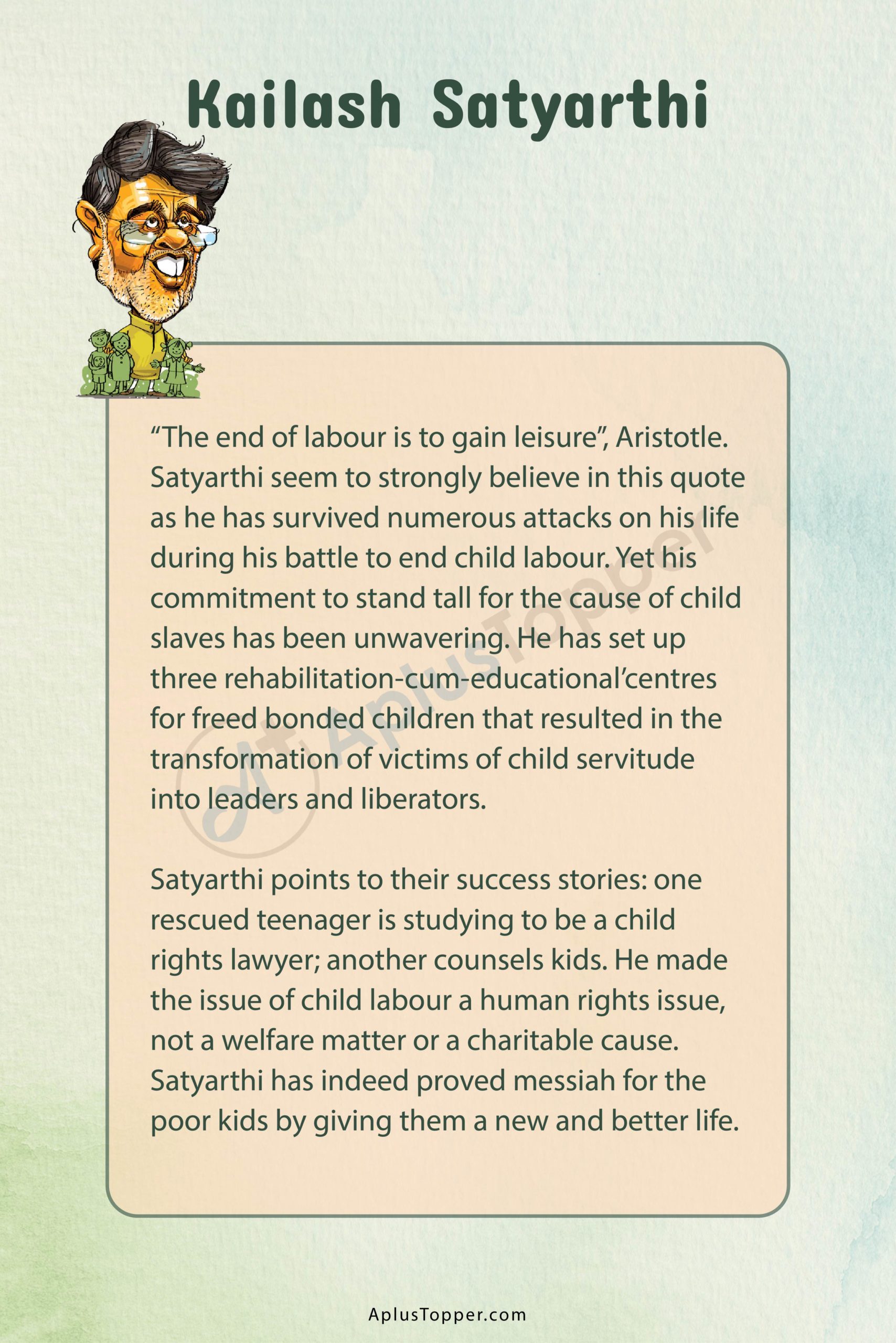 He has transformed more than 350 Indian villages into places where children can receive an education rather than be sent out to work. Satyarthi by all means proves Nelson Mandela’s word: “Safety and security don’t just happen; they are the result of collective consensus and public investment. We owe our children, the most vulnerable citizens in our society, a life free of violence and fear.”

Illegal employment of children has emerged as a huge source of illicit earnings and corruption. These children are employed not just because of parental poverty, illiteracy, ignorance, but due to the fact that employers benefit immensely from child labour as children come across as the cheapest option sometimes even for free. So, Satyarthi’s group works with law-enforcement agencies to rescue child workers and help them rebuild their lives. The shelters run by the organisation offer schooling and teach children about their rights.

His team works with the police to reunite children with their parents when possible. In cases where parents sold their children, or when the child’s origins can’t be determined, they are transferred to a long-term halfway house. There, in additional to funding a child’s schooling, they offer vocational courses in stitching, welding and gardening.

Kailash Satyarthi is the leader of two of the largest civil society movements: the Global March Against Child Labor (GMACL), a worldwide coalition of NGOs, Teachers’ Union and Trade Unions, and the other being Global Campaign for Education. The GMACL campaign was instrumental in the International Labour Organisation (ILO) decision to change its outdated policy on child labour. With his strategies, he is now working on bringing child labour and slavery in the post-2015 development agenda for the Millennium Development Goals (MDGs).

In addition, to the GMACL, other organisations he has founded and or led include Bachpan Bachao Andolan, and the Goodweave Foundation. Satyarthi is a member of a High’ Level Group formed by UNESCO on Education for all comprising of select Presidents, Prime Ministers and UN Agency Heads. He has addressed the UN General Assembly, International Labour Conference, UN Human Rights Commission, UNESCO, etc and has been invited to several Parliamentary Hearings and Committees in USA, Germany and UK in the recent past. 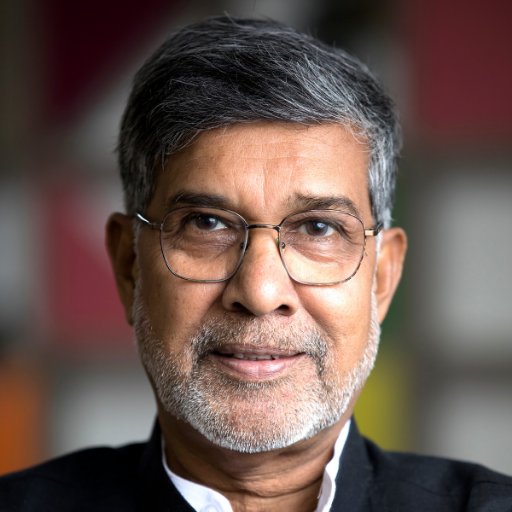 Below we have given a short essay on Kailash Satyarthi is for Classes 1, 2, 3, 4, 5, and 6. This short essay on the topic is suitable for students of class 6 and below.

“The end of labour is to gain leisure”, Aristotle. Satyarthi seem to strongly believe in this quote as he has survived numerous attacks on his life during his battle to end child labour. Yet his commitment to stand tall for the cause of child slaves has been unwavering. He has set up three rehabilitation-cum-educational’centres for freed bonded children that resulted in the transformation of victims of child servitude into leaders and liberators. His life and work has been covered in hundreds of programmes on television and radio channels including Wall Street Journal, BBC, Austrian News, etc and profoundly featured in several magazines like Reader’s Digest, New York Times, Times London, Los Angeles Times, Guardian, The Times of India, etc.

Satyarthi points to their success stories: one rescued teenager is studying to be a child rights lawyer; another counsels kids. He made the issue of child labour a human rights issue, not a welfare matter or a charitable cause. He has established that child labour is responsible for the continuation of poverty, unemployment, illiteracy, population explosion and many other social evils. Satyarthi has indeed proved messiah for the poor kids by giving them a new and better life.