10 Lines on World Refugee Day: World Refugee Day is celebrated on 20th June every year to honour the refugees around the globe. This day was earmarked in the year 2000 by the United Nations General Assembly on 4th December to recognise and applaud the contributions of forcibly displaced people throughout the world. For many years, this was celebrated differently on different days. The most common and recognised one was the African Refugee day celebrated on 20th June in several nations throughout the world.

To celebrate the 50th anniversary of the 1951 convention relating to the Status of refugees, The United Nations adopted resolution 55/76 to commemorate the day on 20th June. The organisation of African Unity ( OAU) agreed to this resolution that coincided the World Refugee day with African Refugee day.

The theme for the World Refugee Campaign in the year 2020 was that “Every Action Counts”. The aim was to remind all individuals that every action taken towards making the society more inclusive can contribute to a just, and equal world.

Given below are sets of 10 lines on World Refugee day that reminds us of the struggles and contributions of refugees worldwide and the work many people have done to assure that the world feels like a big family to everyone and everywhere.

The first set of lines are for students studying in the primary classes, i.e. from grade 1-5. Students can use this in their speeches, essays and wherever they feel useful and spread the message to every possible ear. 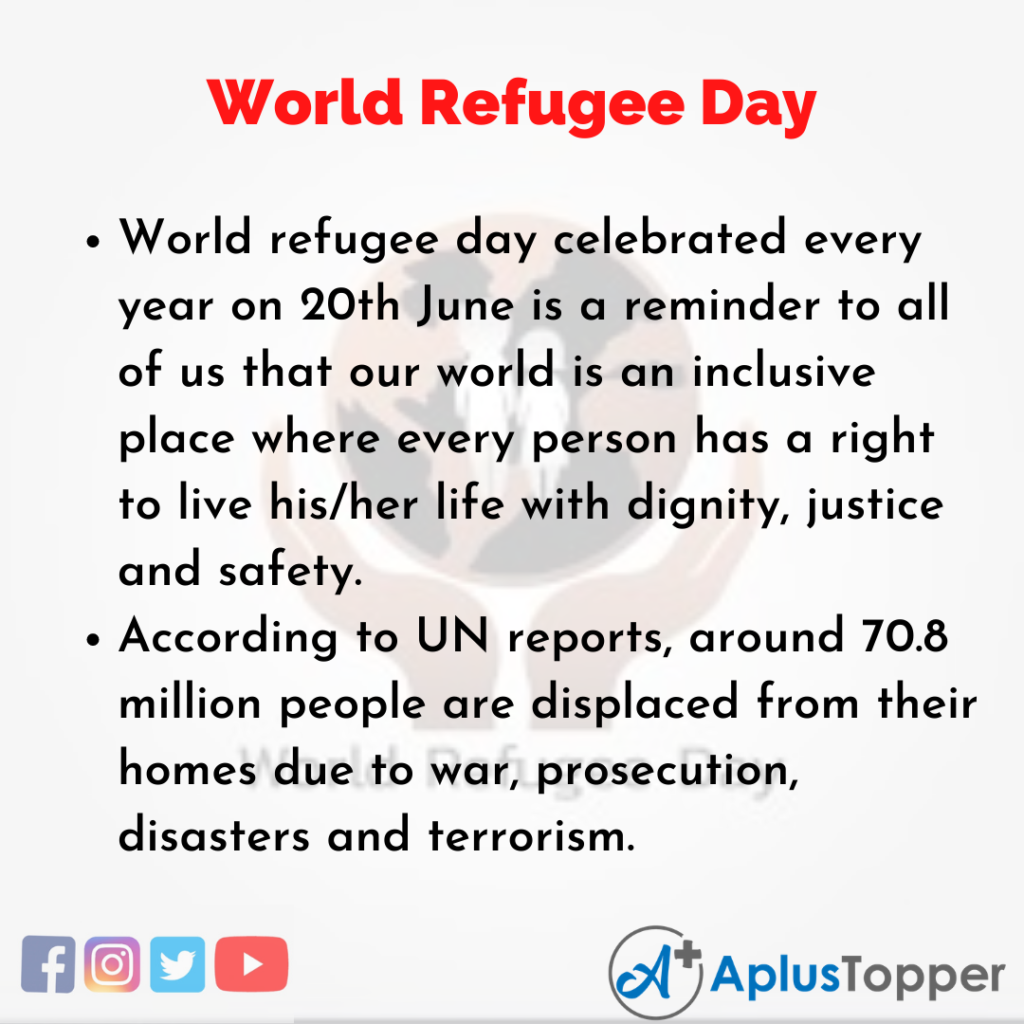 The second set is for students of Class 6-8. These give an in-depth outlook at the Refugee crisis and the importance of World Refugee Day. Students can use these pointers in framing knowledgeable questions and arguments.

The set-3 is designed for students in their higher studies. It puts out various arguments and sensitive topics governing the present situation of millions of refugees currently displaced throughout the world and trying to find a way to spend their lives in peace. 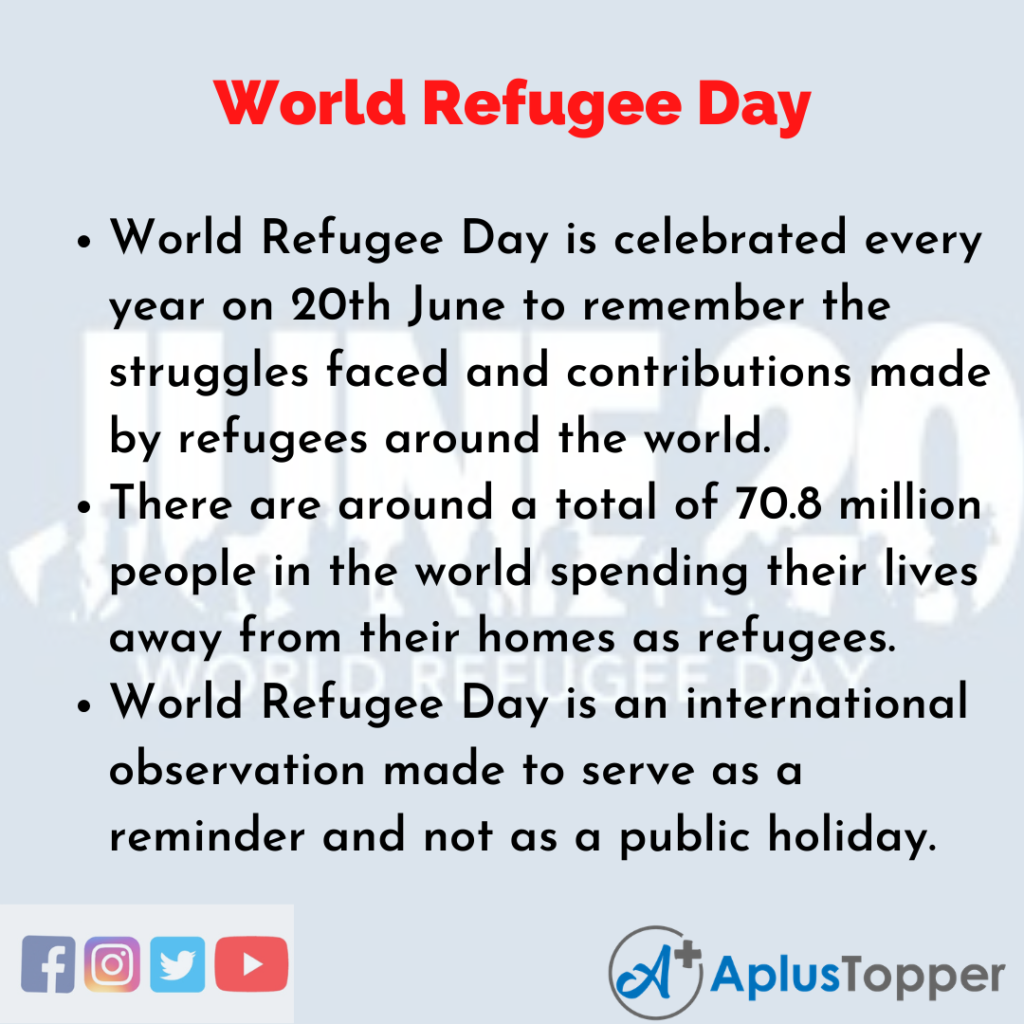 Question 1.
Why is World Refugee celebrated on 20th June?

Answer:
Previously the world refugee day was celebrated on different days and weeks of the year. The most commonly followed by several nations was the African refugee day that was celebrated on 20th June. After the resolution 55/76 was passed on 4th of December 2000 to commemorate the 50th anniversary of the 1951 refugee Convention.

The Organisation of African Unity agreed to coincide the World Refugee day with its African refugee day and since then, World refugee day is observed on 20th June every year to remember the contributions and sufferings of refugees worldwide.

Question 2.
What does the UNHCR symbol signify?

Answer:
The colours used to signify the symbol are either white on a blue background or vice versa. The symbol consists of an olive branch surrounding a person figure which is protected by two hands. The olive branch signifies peace and the two hands protecting the person symbolises the protection offered to refugees.

Question 3.
Which countries are worst affected by the refugee crisis?

Answer:
Refugees find shelter in regions and countries other than their native place to run from war, persecution, terrorism and natural disasters. The five worst-affected countries are:

Question 4.
What does the convention of the refoulement state?

Answer:
The cornerstone of the protection offered to refugees is the right to non-refoulement. It states that any person can’t be forced to return to a country where he faces a severe life threat.